Villa Kallergi with 2 pools in Loutra village for 20 guests

The village of Loutra, at a distance of just 8 km from Rethymnon and 2 km from the beach, is situated in the middle of Crete and can serve as the starting point for a number of excursions throughout the Northern area of the island where visitors will enjoy fantastic beaches west in the direction of Chania and east towards Heraklion and Agios Nikolaos; visitors based in Loutra can also venture from here to the south of Crete in the pure blue seas and beaches of the Lybian Sea.

The village of is situated in the midst of olive groves with an endless view to the sea, full of Greek colors, narrow cobbled streets and never-ending bougainvillea plants, Venetian buildings and the blazons of the Kallergi family - evidence of a monumental era. In the best part of the village, the Kallergi villas await holidaymakers, offering a combination of the traditional Cretan hospitality with modern luxury and comfort. Loutra is the birthplace of Luis Tikas (alias Ilias Spadidakis), who became a symbol of the labor movement in the U.S.A.

Both villa Athena Kallergi & villa Nefeli are located next to the village's square where there is a spacious parking area. In the square, one can also see parts of an old olive press with its large millstones.

In the village, visitors can find a traditional bakery with country bread and pastry and around the village in a 4-km radius there are a number of super markets and mini markets whereas on the road to Arkadi there is also a gas station.The renowned tavern "Hovoli" is in Loutra and will impress you most favorably with its traditional Cretan cuisine, the delicious mezze (tapas) and grilled dishes.

At an 8km distance from the village, following a scenic route across green slopes and deep ravines, one can find the historic Arkadi Monastery where in 1866 its Cretan defenders, led by the Father Superior Gabriel and Konstantinos Giaboudakis, ignited the powder magazine and were blown to pieces so that they would not surrender to the Turks; it was a sacrifice that drew the world's attention and became a global representation of sacrifice and freedom.

In the same area, in Kapsaliana settlement, visitors can see the traditional oil-mill of the Olive Museum and the with impressive exhibits regarding the former methods of olive-tree cultivation, gathering and pressing olives and finally the production of the all-important olive-oil. 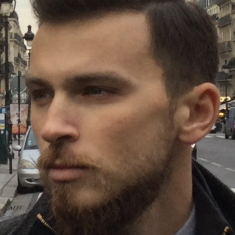