This exceptionally private home is set outside the beautiful little town of Naoussa, offering a wonderful and cozy atmosphere. A large bright terrace with pergolas shelters the property, giving it seclusion and freshness, while colorful flowering plants add to the oasis-like atmosphere. The villa is located only 60 meters from the water and 180 meters from the closest sandy beach.

Offering an interior of 275 square meters, it is based on an original designed island home and was completely renovated in 2010. The elemental, unfussy Cycladic design features large spaces connected by high rounded arches. Rooms on the ground floor include a very spacious central salon and dining area, a deluxe kitchen, three colorful welcoming bedrooms with two bathrooms. On the first floor feature another three bedrooms with traditional stone -built beds as well as two more bathrooms and a sun bathed terrace made for relaxation.

So it is for you to see what type of holiday you prefer and combine it according to your needs in order to make it your dream vacation...

The island of Paros is situated in the middle of the Cyclades island complex and between the islands of Naxos and Antiparos. It is among the major islands of the Aegean Sea (its surface is about 200 square km) in length with a coastline of 120 km of beaches

The capital of Paros is Parikia village which lies west from the island. It is also the village which is the main port of the island where all the ferries arrive from Athens. The second largest village, but after all, much more beautiful, colorful and vivid than Parikia, is Naoussa which is located in the northern part of the island (9km).Naoussa

The village of Naoussa is also a small port and it is considered as one of the most beautiful villages of the Cyclades. Naoussa is a traditional village that has all the traditional attributes of Greece: small white cubic houses, dazzling white churches, narrow streets adorned with bougainvillea and jasmine, a small port, lively terraces where people eat fish or octopus drizzled with ouzo...

The port of Naoussa makes you dream. Near the port there are also remains of a Venetian castle ... Although Naoussa is much calmer than Parikia, bars and nightclubs abound. Naoussa is also famous for its beautiful beaches; you can take the small boat from the harbor towards the many golden sand beaches of the bay of Kolimbithyres, Agios Ioannis, Santa Maria...

In most of the nearby beaches of Naoussa, it is possible to practice different water sports. Naoussa has also a large number of churches and chapels, the church Kimissis tis Theotokou (Church of the Assumption of the Virgin Mary) is located atop the highest hill in Naoussa and it offers a magnificent view over the bay.

The area which is undoubtedly the most beautiful, is the little port as there are many restaurants, cafes, bars and shops in the adjacent lanes. The port comes to life during the evening and offers a wide selection of bars where someone can enjoy a glass of wine at the seaside or dance to the beat of nightclubs that are located nearby...

Paros, is consistently among the top three destinations for Greece (for Greek tourists as well) because it is an island that offers everything you need: sun and sea, with its beautiful beaches, leisure and summer sports (windsurfing, kite surfing, jet skiing, scuba etc..), restaurants and traditional Greek tavernas, shops and cafes, the flea markets and many nightclubs.

So it is for you to see what type of holiday you prefer and combine it according to your needs in order to make it your dream vacation...

The island of Paros is situated in the middle of the Cyclades island complex and between the islands of Naxos and Antiparos. It is among the major islands of the Aegean Sea (its surface is about 200 square km) in length with a coastline of 120 km of beaches 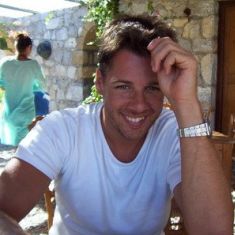