The Acropolis Museum is located on the historical Acropolis of Athens and houses some of the most important relics and sculptures of the ancient Greek era. It is a relatively new museum, which was opened in 2009, with main purpose to house significant finds from the Sacred Rock archaeological site.

What To See In Acropolis Museum

1) The Ruins Of Ancient Athenian Neighborhood 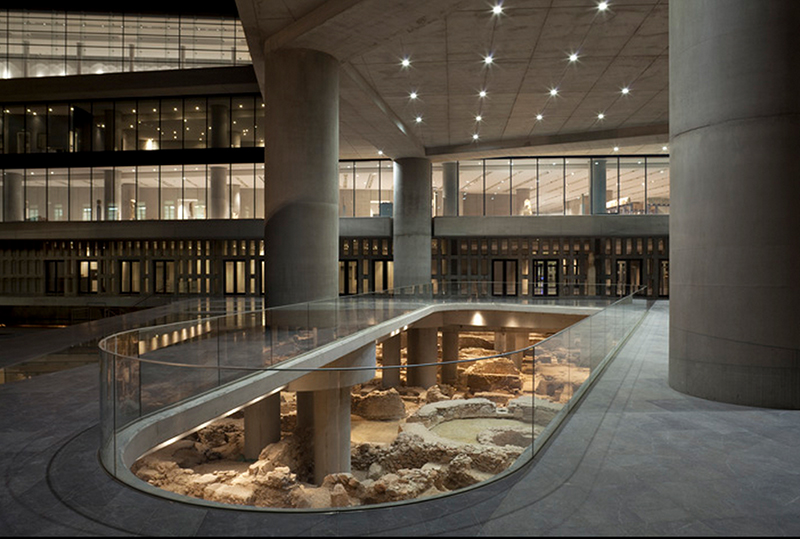 The foyer gallery is located on the ground floor of the Acropolis Museum, and it houses various finds recovered from the sanctuaries from the slopes of the Acropolis. The gallery features an ascending glass floor, which emulates the climb of the ancient Greeks when going up the sacred hill. It also provides you with a breathtaking view of the ruins found below the museum. In addition to the Acropolis finds, the foyer gallery also houses various objects that were used in day to day lives of the ancient Greeks. Some of the items that you can find exhibited here, include painted vases, objects recovered from sanctuaries that were used in the worship of gods, and objects recovered from the excavation of ancient Greek settlements. 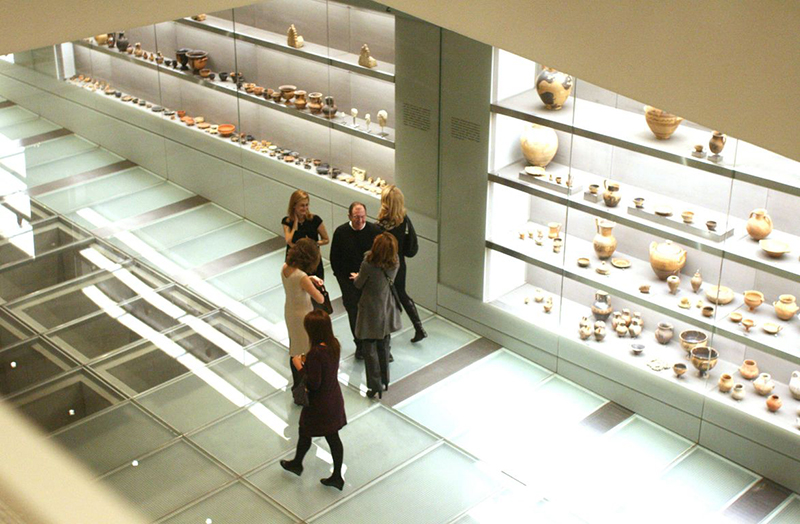 Located on the first floor of the Acropolis Museum, the Archaic gallery houses a myriad of statues, most of them being votive offerings, offered to the ancient Greek goddess, Athena. Some of the finds, that are on display in the gallery, include statues and depictions of young women with beautiful clothing and intricate braids (a trend that was popular in the 6th century), statues of male figures, marble objects, bronze figurines and artifacts, discovered in the ruins of the temple, and clay offerings. The gallery also houses magnificent sculptures that used to grace the first temples built on the Acropolis. 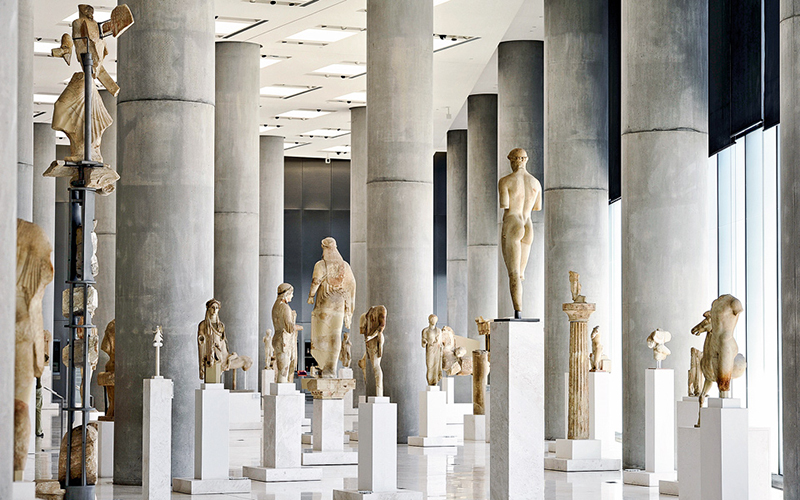 On the third floor of the Acropolis Museum is the Parthenon gallery. The gallery is a glass foyer that is built in alignment with the Parthenon temple, and it is basically a replica of the cella of Parthenon, whose ruins can be seen from the gallery. It showcases various sculptures recovered from the temple, including the famous Parthenon Frieze and Metopes that depict the Panathenaic Procession. In addition to the original pediments, the gallery also exhibits replicas of the missing pieces, which are currently housed in the British Museum, after they were taken from the Acropolis by Lord Elgin in the 19th century. 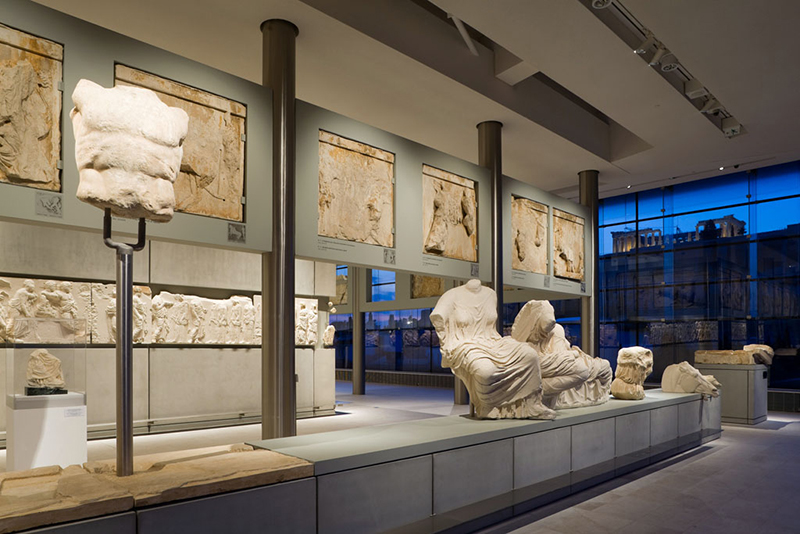 Inside the museum, there is also an affordable restaurant that offers very great views, as well as a great museum shop where you can buy souvenirs to take back home.

Acropolis Museum houses important pieces of Greece’s history and protects the heritage of the Ancient Greece, that’s why it is considered as one of the most important museums in Greece and the world. It is located in a strategic place, just a few hundred meters from the historic Acropolis, and is surrounded by several sightseeing spots, making it one of the best destinations for somebody to visit during holidays in Greece.