Every year, various festivals in Athens celebrate arts and artistic creation. Famous artists, excellent dancers, artists of every kind and from every corner of the world, give appointment in Athens, making the city the magnet of cultural and artistic interest.

Every year the “Athens Technopolis Jazz Festival” seeks, discovers and presents to the Greek public the global developments of the jazz music field. This is one of the most important cultural festivals in Athens, taking place every year in early summer at the outdoor space of Technopolis. From classical jazz and funk to jazz music with lyrics and vocals and Afropop, the “Athens Technopolis Jazz Festival” hosts for 4 consecutive days different types and styles of jazz music.

The “Technopolis” City of Athens, in cooperation with the embassies and cultural institutes of the countries – EU members based in our country, organizes since 2000, the European Jazz Festival. In 2013, and after twelve successful years, the festival has broadened its borders and became the international “Athens Technopolis Jazz Festival”. 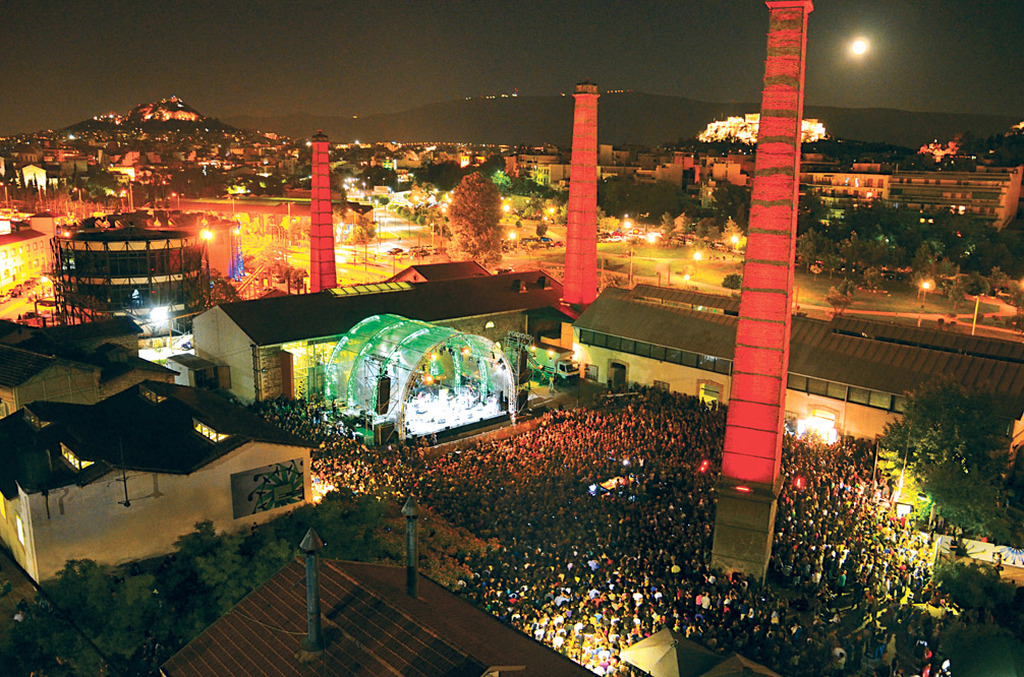 The 16th Athens Technopolis Jazz Festival opens on Wednesday, May 25, with the Athens Big Band and “Momo Trio”, a unique group of three special musicians chosen to represent Greece this year, while the evening will end with Mário Laginha Trio from Portugal.

On Thursday, May 26, you will have the chance to enjoy Gilad Hekselman Duo from Israel, Veronika Harcsa & Bálint Gyémánt from Hungary, Marius Neset from Norway and Kratochvil / Ackerman / Zangi Jazz Trio from the Czech Republic.

On Friday, May 27, Technopolis will be “flooded” with the music of Ineke / Dimitriadis / Stanik Guilfoyle Group from the Netherlands, Pol Belardi’s Force from Luxembourg, the Beat Kaestli & Marc Perrenoud Trio from Switzerland and Hidden Orchestra, which is the personal project of the musician, composer and producer from Brighton, Joe Acheson.

The Saturday, May 28, the audience of Athens will have the opportunity to enjoy the Big Band of the Military Music Athens Guard, the Pierre de Surgères Trio from Belgium, the Nono García & Pablo Novoa from Spain and Naoko Sakata Trio from Sweden.

The curtain of the 16th Athens Technopolis Jazz Festival will come down on Sunday, May 29, 2016, with TriCoolOre feat. Pantelis Stoikos from Cyprus, Quadro Nuevo from Germany and finally, Erkan Oğur & Telvin from Turkey.

The 1st Athens Rock ‘n’ Roll Festival in Greece is ready to welcome you ina few days! Athens will move in the rhythm of the Rock ‘n’ Roll, the motion that conquered the world in the decade of 1950 – 1960. A musical motion, which led to a revolutionary freedom of expression, eliminated many of the taboos of that period and formed a unique way of thinking and creating.

The Athens Rock ‘n’ Roll Festival through the rhythms of Rock ‘n’ Roll, Swing and Rockabilly, promises to take us back to the atmosphere of those decades that marked and changed the modern music scene in a two-day event in Gazi.

Concerts by Greek and foreign bands, dance competitions, vintage hairstyles, and numerous other events will take us to another era, the era of innocence: shops with clothing, vinyls and accessories, dance schools teaching the dances of those decades , hair salons for hair styling and makeup. Guests will even have the chance to see up close special exhibitions with American cars and motorcycles of that period, try traditional foods and drinks such as hot dog, burger, milkshake, corn dog, beers, sorbets and cocktails for the evening, dance and entertain themselves to the rhythm of another, magical decade.

The “Music In Motion Festival” is a festival of Movement and Contemporary Music, organized by the Network “Music Is” to promote contemporary creation and communication of artists being activated in contemporary dance and contemporary music. 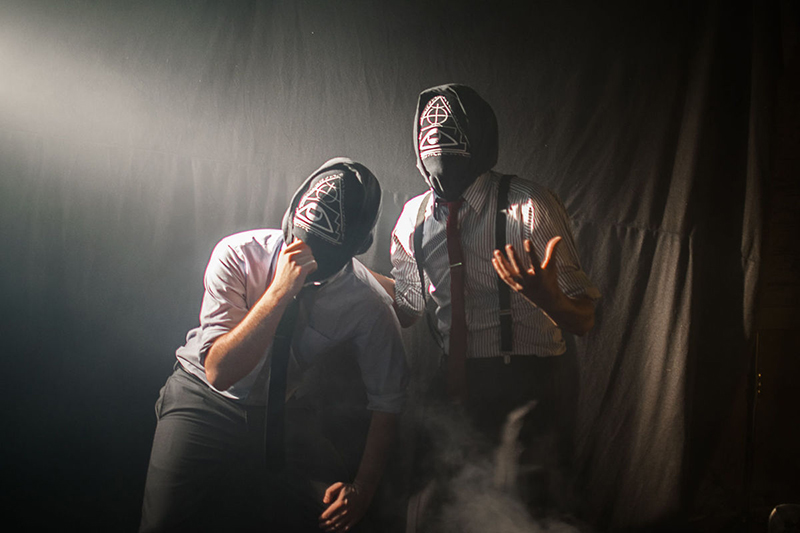 At first, “Music In Motion Festival” held successfully in May 2015 at the “Trianon” theater and presented 11 new choreographies on contemporary works. After the success of the first year, the Network “Music Is” organizes this year the 2nd “Music In Motion” Festival. This year’s festival will be held again at the Theatre “Trianon”, on Saturday 28th and Sunday 29th of May, with performers and dance groups from Greece and abroad, in cooperation with a variety of composers and musicians.

“Athens Photo Festival” is the leading photography festival of Southeast Europe and one of the five oldest in the world, dedicated to the art of photography. This year, the festival takes place between June and July 2016 at Benaki Museum and other areas of Athens. 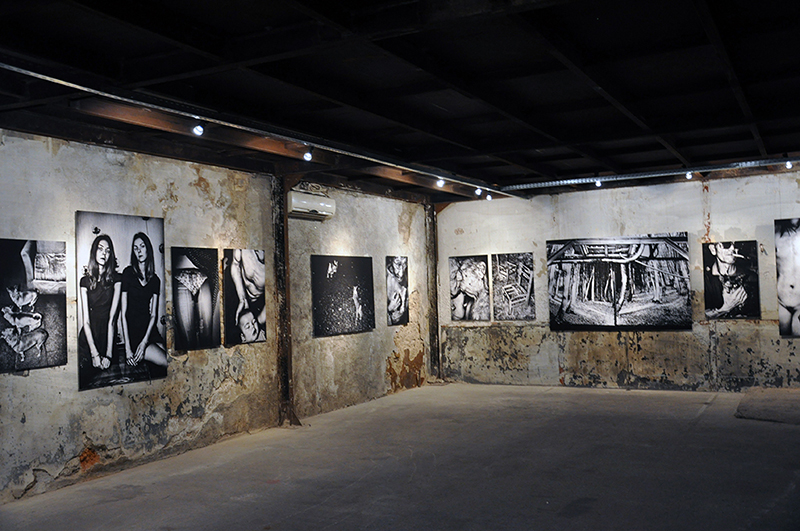 With new ideas and on the contemporary international photography, the program of the event includes exhibitions featuring artists and curators from 35 countries and a number of activities, such as outdoor screenings, educational programs, portfolio reviews, speeches, photo marathon, promoting dialogue and active participation.

“Athens Photo Festival” , one of the most evolving festivals in Athens, presenting the modern trends of the world of art photography and visual culture. At the same time, it aims to operate as an opportunity for the cooperation of cultural actors and institutions from different countries.

“Athens Photo Festival” is part of the network of the European Month of Photography, which is the largest international collaborative platform of photographic festivals in which participate the photo festivals in Athens, Berlin, Vienna, Budapest, Ljubljana, Luxembourg , Bratislava and Paris.

The “Ejekt Festival” was established in 2005, initially to meet the needs of the Greek public for an alternative festival based on electronic music. The first event featured artists such as the Chemical Brothers, Dave Clarke and Bent. 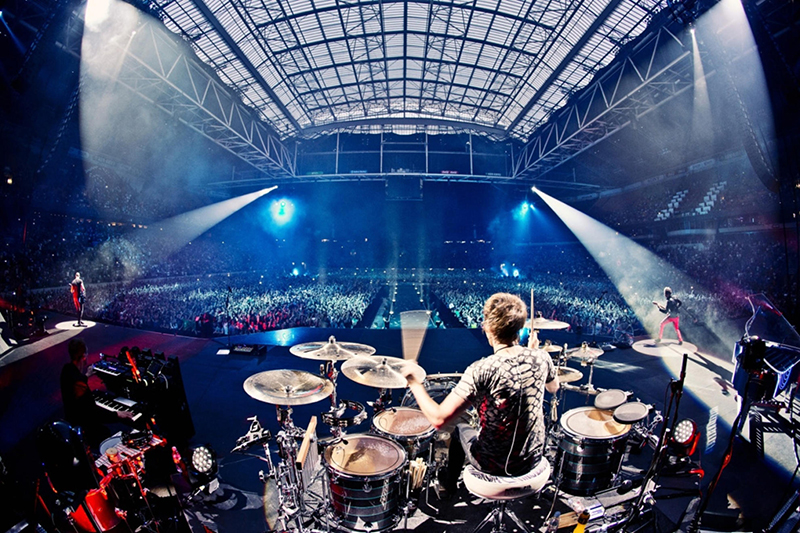 Since 2005, it is held annually and has gained its position as one of the largest festivals in Athens and Greece, with a total of over 55,000 visitors. It is the only festival in the country presenting emerging artists from the local and international stage as well as “legends” of music.

From the stage of “Ejekt Festival” in Athens, have passed artists such as Moby, James, Bad Religion, Unkle, Faith No More, Pixies, Jarvis Cocker, Royksopp, Beastie Boys, Editors, Klaxons, The Vaccines, The Subways and many other favorite artists of music. The festival has received global publicity on many occasions either for its line up or for its unique venue which is located at a walking distance from the sea.

Of course there are many more festivals in Athens to participate in so as to give your holidays in Greece a special aroma of Greek and international culture.