Lefkada, the fourth largest island in the Ionian Sea, combines perfectly elements of the mainland of Greece with the beauty of a Greek island. Lefkada attracts hundreds of thousands of tourists each year, due to its connection with the opposite coast of Central Greece via the floating bridge. The attractions of this island are countless and so are the places you should definitely visit. After thorough thought, we present to you 10 things you should not miss in Lefkada in order to experience unforgettable holidays.

Looking for accommodation in Lefkada? Check out Luxury Holiday Villas in Lefkada!
1. The Beautiful Town Of Lefkada 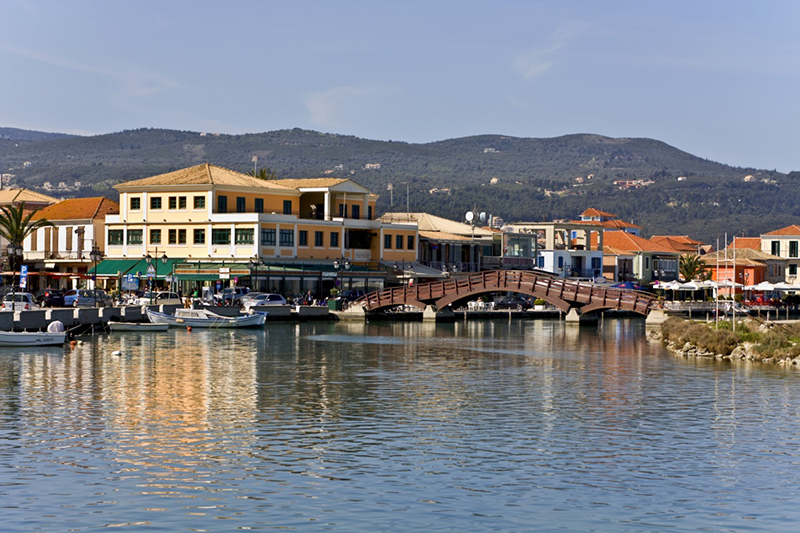 A walk in the town of Lefkada is one of the first things you should do in the island. The town is also the port of Lefkada and presents a unique urban plan, reminiscent of “herringbone”. Take a stroll in the beautiful streets that will leading you to the small squares of the island and observe the traditional houses, ornate spiers and cobblestone walkways.

2. The Impressive Fortress Of Aghia Mavra 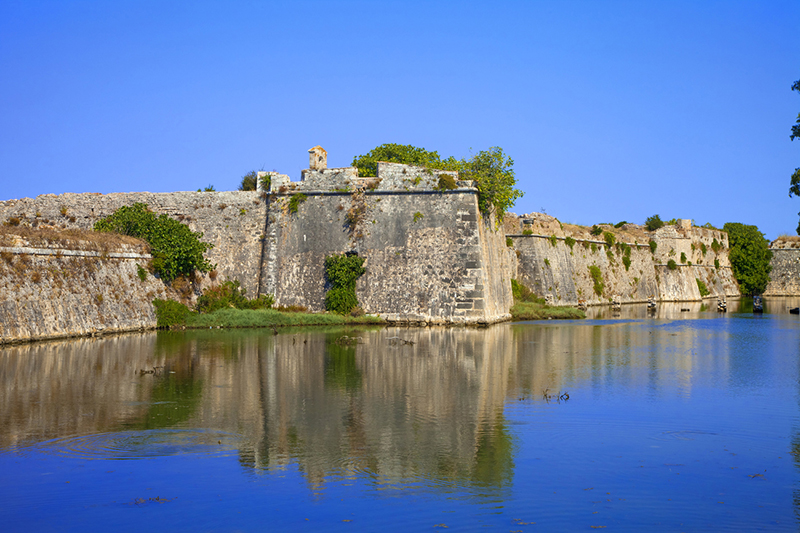 The fortress of Aghia Mavra is located at the entrance of the town and was constructed in 1300 by the Sicilian John Orsini in order for the locals to repel pirates. Now, it hosts the Festival of Literature and Art taking place in Lefkada.

At the Archaeological Museum of the island, you are going to see findings from the Middle Paleolithic era until the 4th century AD. Most exhibits have been discovered in the excavations made in the early 20th century by the German archaeologist Wilhelm Dörpfeld. Dörpfeld wanted to substantiate his theory that Lefkada is Homeric Ithaca.

4. The Emerald Lagoon Of Lefkada 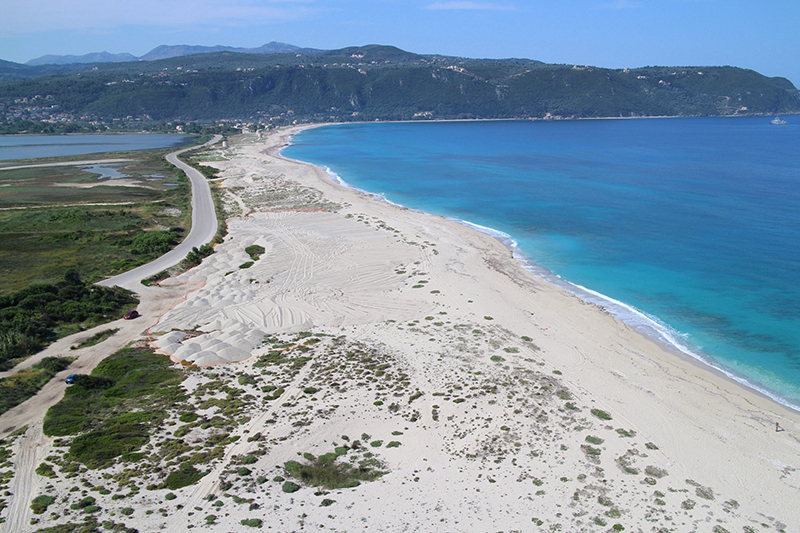 Do not miss to visit the lagoon, which is one of the most remarkable wetlands in the Ionian. Since it is considered as a wetland of international importance, it is protected by the international “Ramsar” Convention, and will certainly impress you! In the area there is a fish farm. 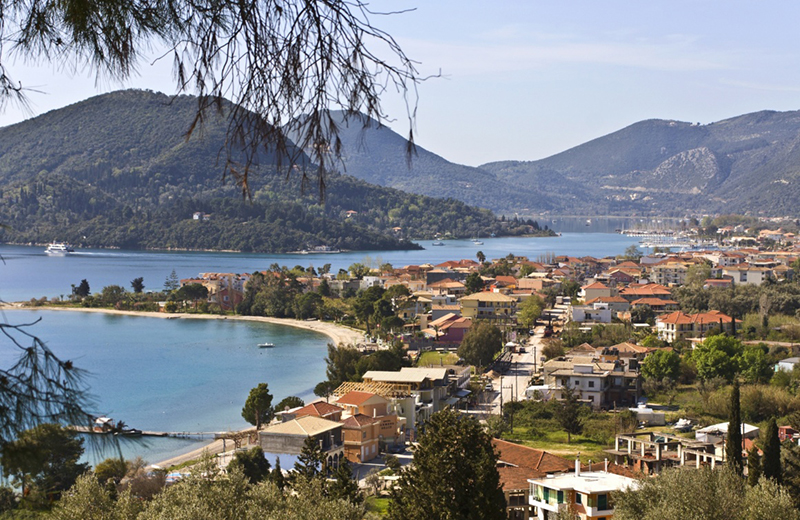 Nidri is considered as the largest tourist resort on the island. In Nidri beats the pulse of the nightlife of Lefkada, while it is ideal for diving and water sports. From its port depart the boats for Meganisi, Ithaca, Kefalonia and the mainland of Greece.

6. The Majestic Beaches Of The Island

The beaches of Lefkada with their crystal waters will fascinate you! “Kathisma”(= The Seat) is ideal for water sports. The exotic beach of “Ekremni” and the famous “Porto Katsiki” are just some of the dozens of options for a summer swim. Windsurfers and kite surfers will love the beach of St. John and the beach of Basilica.

7. The Tavern “Rachi” Offering View Of The Endless Blue

The tavern “Rachi” is in a stunning location with spectacular views of the sea. It is located in the village “Exanthia”, a few kilometers from the famous beach “Kathisma.” After ascending an uphill stone alley, you will see the infinity of the Ionian Sea and the sunset blue. It is a trim, elegant place with beautiful flowers planted in bee hives! You will be able to taste traditional products on your table, producted by the owners of the tavern: lentils, wine, oil and chickpeas.

8. The Nearby Islands Kalamos And Kastos

At the nearby islands you will discover unique beaches with clear waters and spectacular caves. On “Kalamos” island there are four villages: Kalamos, Episkopi, Kastro and Kefali. The homonymous Kalamos village features the port where the boats dock. There you will see stone houses with tiles, very close to each other and beautiful stone alleyways between them. “Kastos” island is an ideal, safe anchorage and amazing fishing spot. It features low hills, rugged coastline and olives everywhere. The only village located there consists of stone houses and taverns built around the harbor and is inhabited by 50 permanent residents.

9. The Waterfalls Of Akoni 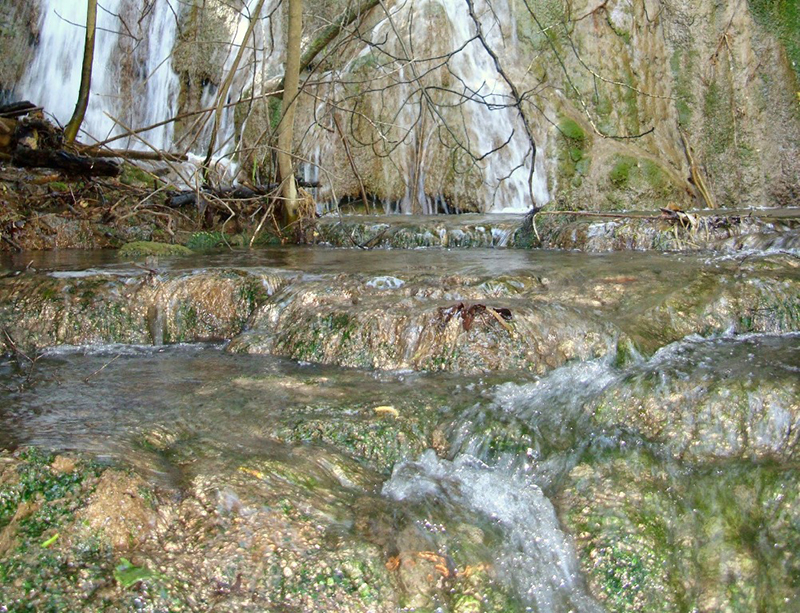 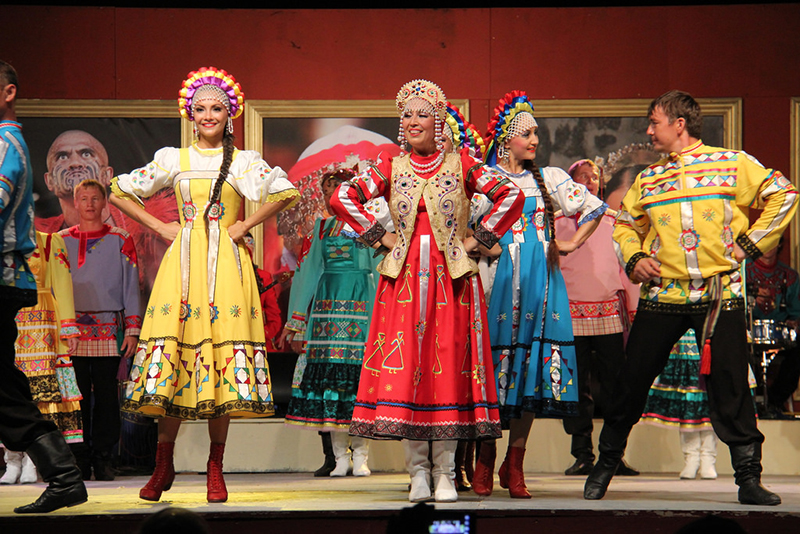 A very important cultural event of the island is the International Folklore Festival, which takes place in August. It is the oldest cultural institution in our country presenting dance and music and generally, the traditional heritage of the world. Through the language of imagination and creativity, people of the world meet for 45 consecutive years in August, in Lefkada, exchanging their most valuable acquisitions: the creations of their spiritual and artistic expression as they were carved through in centuries. The events include dance, music and cultural meetings.